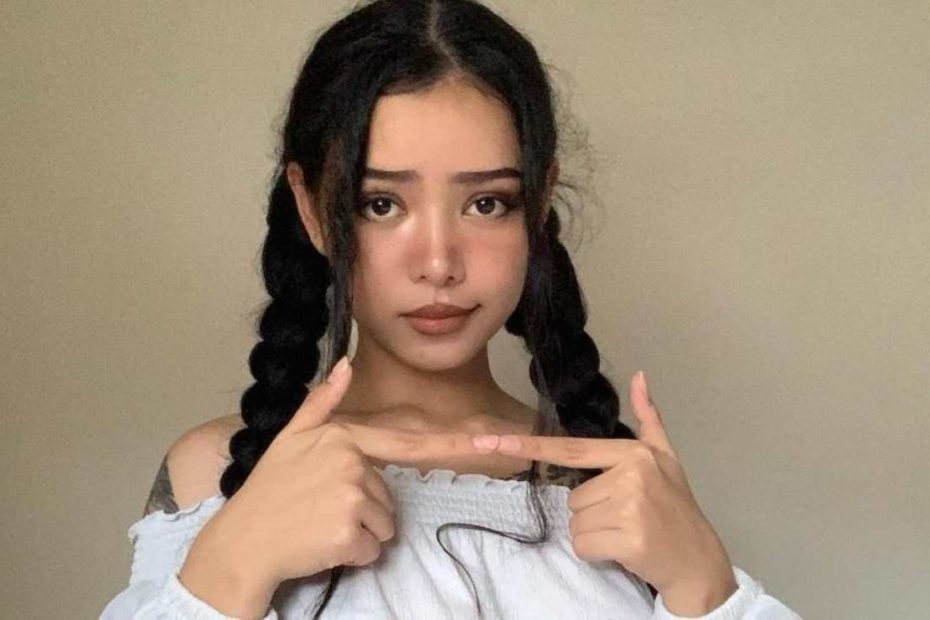 M to the B star Bella Poarch shook the world of tiktok with a viral video with billions of views. The young singer now has a vast number of following and back-to-back endorsements. Because of this, fans are curious just how successful Bella Poarch is. Scroll through this article to know Bella Poarch’s life before fame, her age, net worth, tattoos, parents, and more.

Bella Poarch became popularly known after she posted a video lip-syncing to the song M to The B. Because of her quirky videos and personality, she instantly gained millions of followers in a matter of days.

Poarch was born in the Philippines, although sources did not say exactly which part of the Philippines. However, she shared a tiktok video speaking Pangasinense, implying that she grew up in Pangasinan, Philippines.

Furthermore, in an interview, Bella said she grew up on a farm. She lived with her mother and stepfather. According to Bella, she was adopted at the age of 3 and lived with her grandmother. Bella revealed that she had an abusive stepfather and that her childhood was not easy. Her Stepfather would abuse her physically if Bella did not clean the yard nicely.

Bella spent her childhood in the Philippines before going to America. Moreover, she lived from Texas to Hawaii before residing in Los Angeles after her tiktok fame.

After moving to the US, Bella joined the US Navy in 2015. During her time in the Navy, Bella Poarch’s station was the beautiful country of Japan.

Bella Poarch’s net worth estimate as of early 2022 is about $2 Million. She mostly gets her income from being an influencer. Furthermore, she does sponsor content on both Instagram and Tiktok. She also possibly earns through Youtube ads as she has millions of views on both her Youtube music videos. 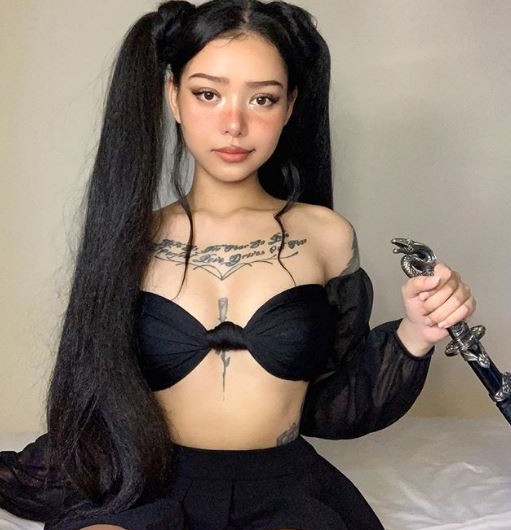 According to reports, Bella owns an apartment in Los Angeles. Moreover, the social media star has a Maserati Ghibli GranLusso for a car, which costs about $100,000.

How Old is Bella Poarch? Age and Birthday

Bella Poarch has many tattoos on her body. She has a tattoo of wings on her back and a bow tattoo on both thighs. Moreover, she has words tattooed on her chest.

Bella Poarch was criticized by people saying that tattoos do not look good on her and that no one likes women with so many tattoos. However, for Bella, the tattoos represent her emotions. They were her means of escape after her traumatic life experiences.

Bella Poarch faced backlash after fans pointed out her Japanese Rising Sun Tattoos. Korean Fans were most especially upset as Japan colonized them. Since the incident, Bella Poarch said she would have the tattoo covered up or removed. Moreover, Bella apologized for the issue and vowed to educate others about it. 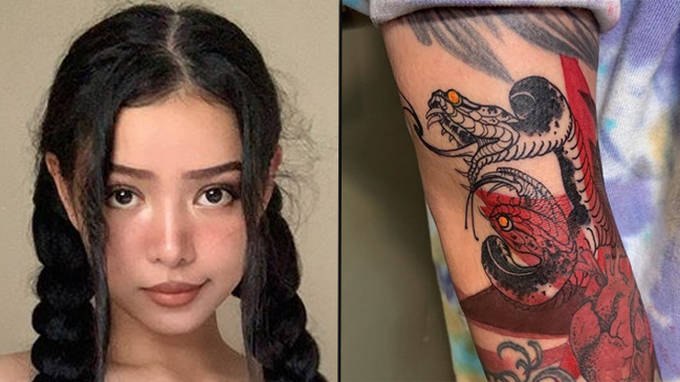 Bella Poarch did not reveal the names of her parents publicly. According to the interview, her mother is Filipina, and her Stepfather is white. Moreover, Bella was adopted at three and didn’t get to know her biological parents.

Bella’s stepfather is retired military, as per an interview in Bella.

Like her parents, Bella Poarch does not share details about her siblings. However, she mentioned in an interview that she has two older sisters and one older brother. She is closest to her brother as they experienced the same abuse during their childhood.

Furthermore, Bella does not have a close relationship with her two sisters because they were not treated the same when they were still kids. Bella does not post much about her family on social media that is why details on them are scarce at the moment.

According to Bella Poarch’s Wikipedia info, Despite her traumatic upbringing, Bella defied the odds and made a name for herself. She proved that she didn’t just have a cute face but also has the talent and heart to be one of this generation’s top stars. Moreover, Bella is an inspiration to those who went through the same experiences she did.