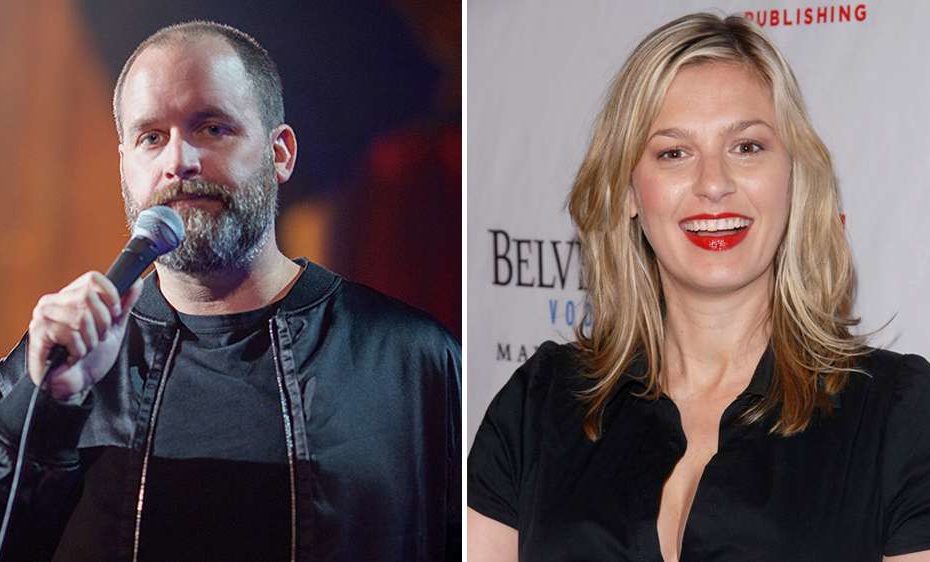 Christina Pazsitzky is a standup comedian first. Afterward, she is a writer, producer, podcast host, wonderful mother, and loving wife.

She is also known as the wife of another famous standup comedian Tom Segura. However, she is just as accomplished. The standup comedian started her career in the early 2000s; two decades later, she has established herself in multiple ventures.

This article encompasses details on Christina Pazsitzky. Let’s find out about her age, career, love life, kids, and other wiki information.

Christina Pazsitzky is known among her well-wishers worldwide for her unique humor and standup abilities. In 2001, the comedian decided to pursue the standup industry, and with much success, she has hosted multiple podcasts and starred in many series.

In 2011, she co-hosted the popular podcast Your mom’s house with her husband, Tom Segura. Following the podcast’s popularity, fans started recognizing the comedian more by her voice than by her visuals.

She is a Canadian by origin but has lived in America for almost all her life. Her career began with a live performance at the Comedy Store Club. She is also a member of a reputed closed standup comedians group.

The group, Deathsquad Network of Standup Comedians, is notorious for roasting people and their impeccable humor. In addition to comedy, the star has a background in animation works, where she also flaunts some awards. Her writings and producing works are equally appreciable. 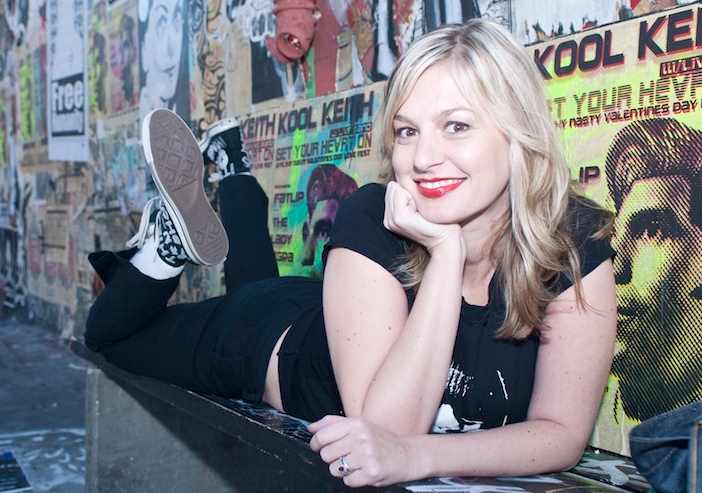 Christina has also starred in many TV series. What started as a standup comedy venture has branched into many successful streams.

She is an inspiration for women worldwide as she took up the profession in the early 2000s when it wasn’t easy for women to voice their opinions out loud.

It has been almost two decades since the couple first met. Like many relationships, it started with Tom being in a friend zone.

Christina and Tom first met in 2002 when they started their standup career. The duo was performing at the bar named “Cat Club.”

Unfortunately for Tom, the standup comedian was already in a relationship back then. However, she soon got out of it, and a romantic aura developed between the two.

It is not clear who took the first step, but the duo started dating soon after and became an inseparable bunch.

After almost six years of dating, Tom and Christina took their relationship to a new level. They exchanged wedding vows in November 2008.

Tom Segura and his wife have also started many ventures together. They have successfully co-hosted many podcasts and are amazing partners in a journey other than love.

The couple attends events and gatherings together. In this post on Christina’s Instagram, we can see the comedy couple together. 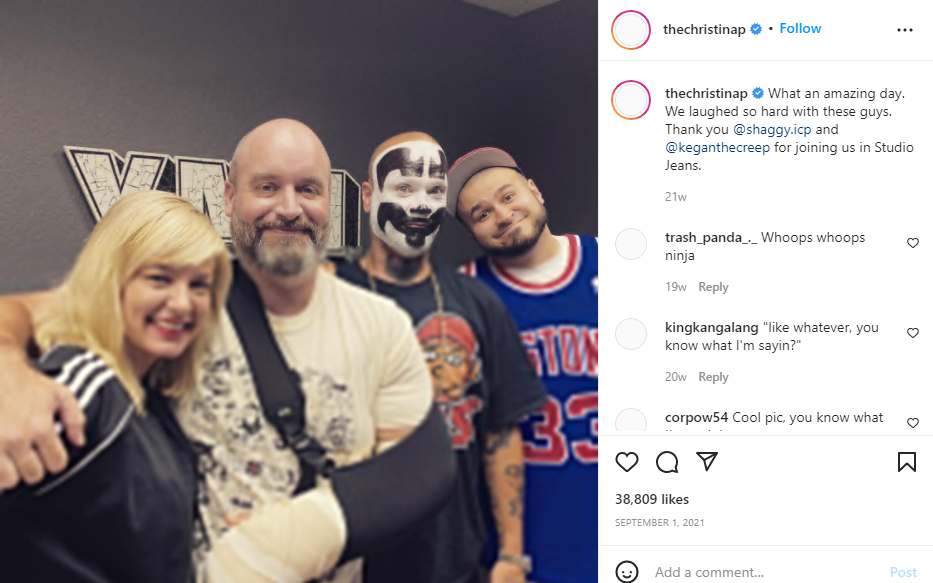 To date, Tom and Christina are blessed with two sons. They introduced their first son Ellis Segura in 2016, eight years after their marriage.

Following that, they gave birth to their second son Julian in 2018. The family of four currently lives in Los Angeles. The couple owns a beautiful home and also pet a dog named Fifo.

Tom Segura’s wife has led an amazing career. And throughout this, she has amassed a decent fortune. As of 2022, Christina Pazsitzky has a net worth of $2 million.

That’s leaving out her husband’s net worth, and the duo is worth much more combined. The comedian is also popular on Instagram, where she has 549k followers in 2022.

Her major sources of income are her famous podcasts. Following the popularity of Your Mom’s House in 2011, she also started another hit podcast, That’s deep Bro, in 2014, which received similar appreciation and recognition from fans worldwide.

Her works as an actor, writer, producer, and most importantly, standup comedian also add up to her net worth. 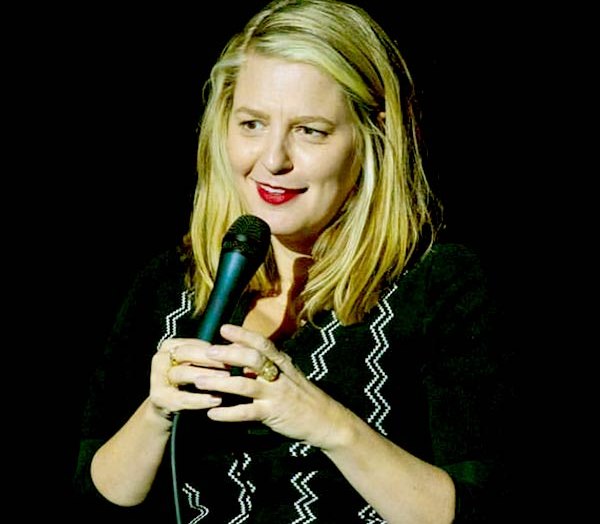