Jeff Foxworthy is a comedian known for his red-neck jokes. The comedian performed at a bar to touring worldwide with other successful comedians.

Moreover, Jeff has been making people laugh for almost three decades, and supporters cannot help but wonder how much he is worth now. Besides being a comedian, Jeff is also a great husband and a father to two amazing daughters.

Keen to know more about how much Jeff Foxworthy is worth? This article will give you a glimpse of how much the comedian is worth now. Also, you will know about his wife Pamela Gregg and his kids.

Jeff Foxworthy is a 63-year-old comedian. Moreover, he was born on September 6th, 1958. The comedian was born in Atlanta, Georgia, USA.

Jeff’s career as a comedian started in 1984 when his workmates told him to join the Great Southeastern Laugh-off contest. The contest, in which he won, was by a comedy club in his hometown.

His most popular comedy album is You Might Be a Redneck, which pushed his career further. Furthermore, he became one of the world’s best-selling recording artists for comedy.

Additionally, he was nominated for the Grammys’ Best Spoken Comedy Album. His album Games Rednecks Play made it possible for him to get nominated.

Moreover, he got his show aired on ABC, The Jeff Foxworthy Show. Unfortunately, the show only lasted one season before ABC decided to cancel it. The same show aired again, but this time on NBC but was again canceled. 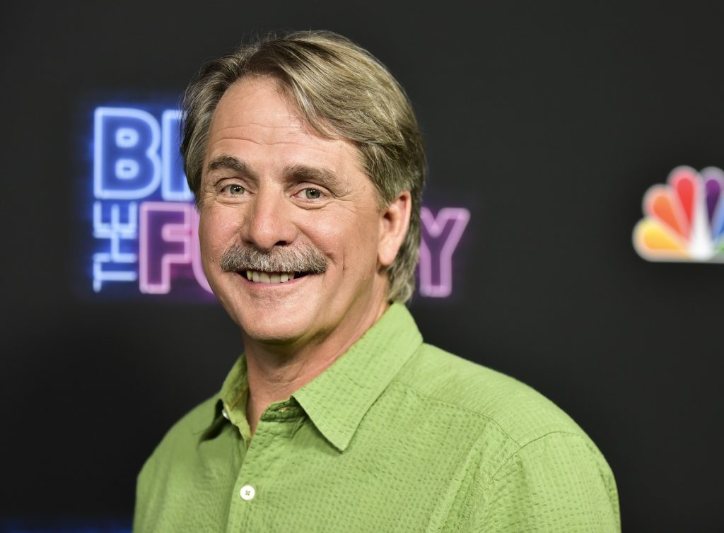 Jeff Foxworthy’s net worth estimate is about $100 million to $130 million.

The comedian released another album called Totally Committed in 1998. Moreover, he joined the Blue Collar Comedy tour, which allowed him to have fans in the 2000s. He joined other fellow comedians, one of them being Larry the Cable Guy.

Jeff released the series Blue Collar TV way back in 2004. Larry, the Cable Guy, was one of its executive producers. Unfortunately, the show was canceled after one year. The show ran again after CMT decided to relaunch it for one more season.

Furthermore, the comedian also hosted prominent shows like Are You Smarter Than a 5th Grader. The show aired on Fox and later on for Nickelodeon. He also hosted The American Bible Challenge and The American Baking Competition. Jeff also became a judge for the comedy competition Bring the Funny.

Aside from being a comedian, Jeff is also a writer and wrote comedy books and autobiographies. With all of Jeff’s income sources like his shows, albums, and hosting gigs, his net worth estimate is about $100 million to $130 million.

Jeff Foxworthy is Married to his wife, Pamela Gregg

Jeff Foxworthy’s wife is Pamela Gregg. They met a club where Jeff performed as a comedian. Jeff and Pamela became a couple when the comedian won a contest in Atlanta during a comedy festival. 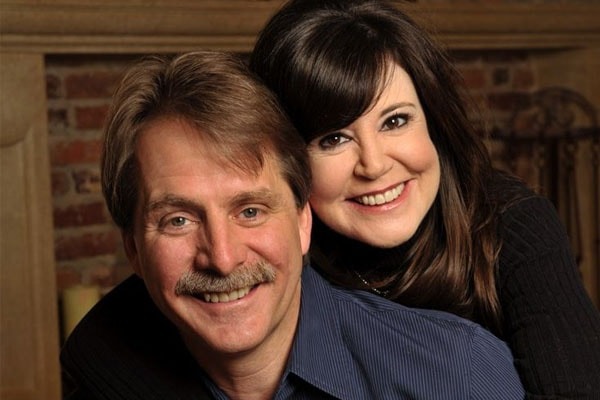 Moreover, Jeff and Pamela officially became husband and wife in 1985 after a year of dating. Additionally, Pamela is one of the reasons for Jeff’s success as she is the executive producer for Jeff’s shows.

Unfortunately, personal details about Pamela Gregg are unavailable as she seems to be a reserved and private individual.

Jeff and Pamela have two amazing daughters. Their first child is Jordan, born in 1994. According to Jordan’s LinkedIn profile, she is a Road Rep for Compassion International. It also looks like Jordan is a Film and TV enthusiast. Her educational background says she was a student at the University of South Carolina and studied Critical Studies in film.

Moreover, she also studied at the University of Georgia as a sociology, film studies, and African studies student. She also has a UCLA Extension certificated for Film and TV Development. 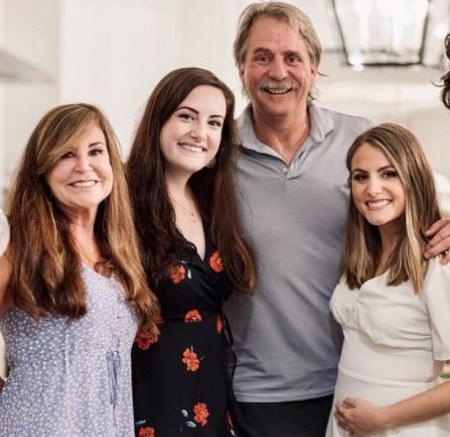 Jeff Foxworthy with his wife and daughters, Jordan Foxworthy and Juliane Foxworthy

Brendan is a US Sales Manager at Global Image Sports. Moreover, she now has a beautiful baby boy, Ronan Corley, born on March 9th, 2021.