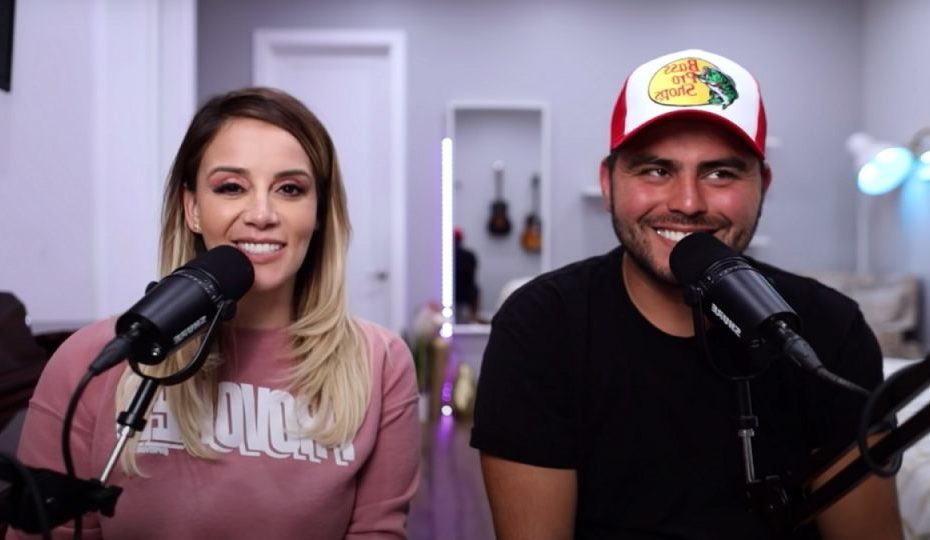 Rosie Rivera is an actress and businesswoman. Even though she was far from media attention for most of her life, she started starring in the show Rica, Famosa, Latina in the year 2014. It was actually her sister’s (Jenni Rivera) death in 2012 that inspired the family to take over the show.

Furthermore, Rosie is also an excellent business handler as she was appointed the CEO of Jenni Rivera enterprises for quite some time. She is also known as the daughter of famous singer and actor Pedro Rivera.

In this article, we provide details on Rosie Rivera’s husband, Abel Flores, and discuss their love life and children as well.

Rosie Rivera has been married to husband Abel Flores since 2011

The first thing we should mention is that Rosie’s husband, Abel Flores is ten years younger than herself. They met for the first time in a church. Rosie’s brother Pedro Rivera Jr. is a pastor, and it was in his church that the lovebirds began their story.

Even though Rosie was a 26-year-old woman with a five-year-old daughter, these things didn’t bother her husband, Abel Flores. Furthermore, Abel was just 16 years old when they first met.

At first, both their families didn’t accept their relation. As a result, they were denied marriage. However, as her spouse, Abel, turned 18, he had the right to make his own decision, and he did! The couple stuck together for two years and finally got ready to exchange wedding vows. Abel and Rosie married in 2011.

Rosie Rivera and her husband, Abel Flores on Instagram

Even though Abel is ten years younger, he is a very understanding and mature husband. Abel has supported his wife through all the ups and downs. At a point, there were rumors that the couple was separating; however, they are still together in 2022.

In this post on Rosie’s Instagram handle, we can see the couple together in a video. They are talking about something in Spanish which we are sure our Spanish audience would understand.

Abel Flores is a worship musician. It is his charming voice that initially attracted Rosie to him even though he is ten years younger. Abel is available on Spotify as Abels Worship. He has accumulated a massive 3.9 million streams of his music on the platform. He has listeners in over 126 countries.

Abel is a cheerful and religious guy. Together with Rosie, Abel has started a webcast, The Power of Us. Through the webcast, Abel and his partner, Rosie, aim to solve marital problems and provide worship and information on how to lead a happy and successful marital life. Abel’s music career is growing day by day. He frequently goes on tours for music shows. In addition, he also hosts many online shows for fans and listeners.

Even though Abel kind of seems like a perfect husband, he used to have a gambling addiction. This created many disturbances in their relationship. However, the couple got through it. Abel is also a business owner and sells merchandise under the brand name Abels Worship. 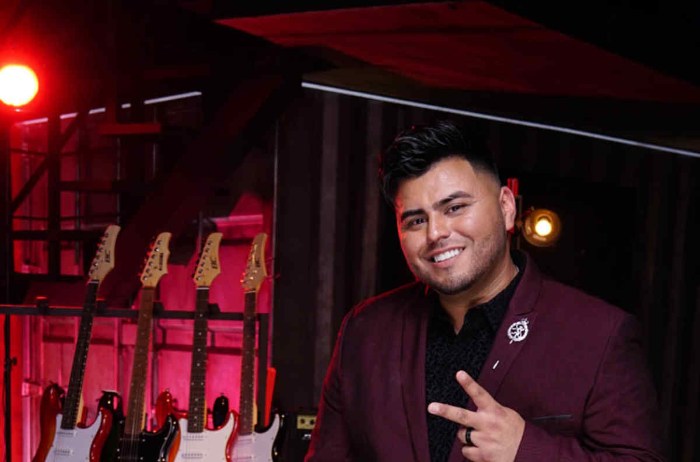 Rosie Rivera and Husband Abel Flores have two children together

Rosie and Abel have given birth to two children so far. Adding up with a daughter from Rosie’s previous relationship, the couple has three children in 2022.

Abel and Rosie are biological parents to Samantha Chay Flores and Elías Melek Flores. Samantha was born in 2013, and her younger brother, Elias, was born in 2015. In this post on Abel’s Instagram, we can see the family enjoying fireworks on the 4th of July. 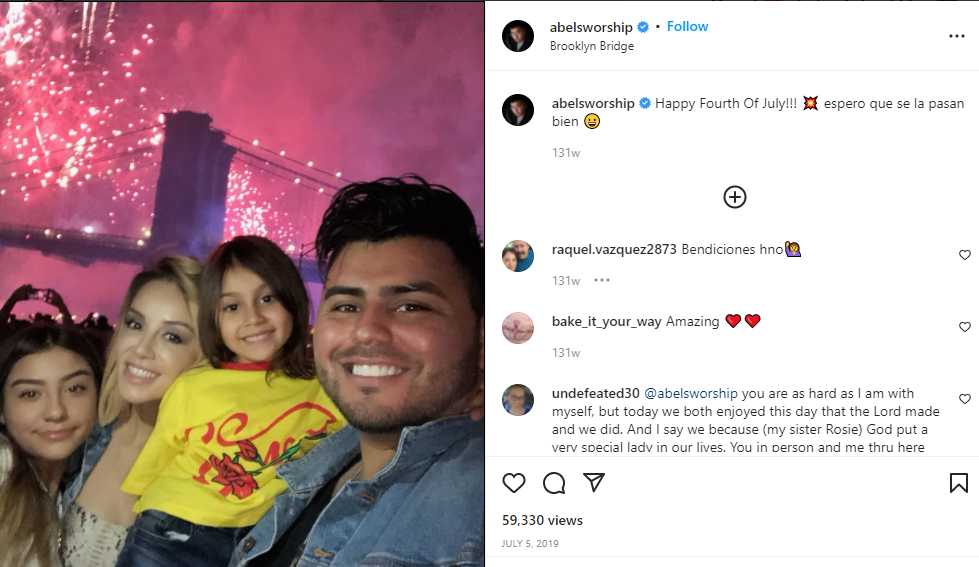 Rosie and her husband, Abel Flores with their children