The rise of social media has certainly given way to a new generation of influencers shifting to online platforms.

One of them is Salice Rose, who is famous for her lifestyle content videos on YouTube and TikTok. But the lives of influencers are not always what they seem on social media, as Salice herself struggled with depression.

Read this article to get detailed insights on Salice Rose’s net worth, tattoos, age, girlfriend, only in this article.

Who is Salice Rose?

Salice Rose is a social media personality with a combined following of over 34.4 million on her YouTube, Instagram, & TikTok.

Rose is open about her troubled childhood and reveals she often fought with other kids and performed poorly in academics. She posted her first video in 2015 and detailed her struggle with late-night thoughts and depression.

Rose attempted to kill herself twice but fortunately did not succeed both times. She explained she no longer opens up and keeps things to herself as she knows firsthand what loneliness feels like. This leads us to imply that she’s overly generous and is willing to get out of her way for others.

The video got so many positive comments that she made a follow-up video on dealing with pain. Salice is very open about mental health and continues to post motivational videos from time to time.

Along with this, she is also a lifestyle vlogger, and subscribers get a glimpse into her life.

She also posts her song covers on her YouTube and comedic sketches on TikTok while Instagram features brand deals.

Who is Salice Rose Girlfriend?

The beautiful social media star is bisexual and posted a video about her coming-out story. Her first female crush was in her eighth grade, and she was crushing on a girl named Camille.

Salice enrolled in military school after getting kicked out of her high school but returned after being home-schooled. By then, prom was around the corner, and she had a male date but met a girl on the bus home. The pair exchanged numbers, and what started as a friendship turned into something more as a partner but would not last. 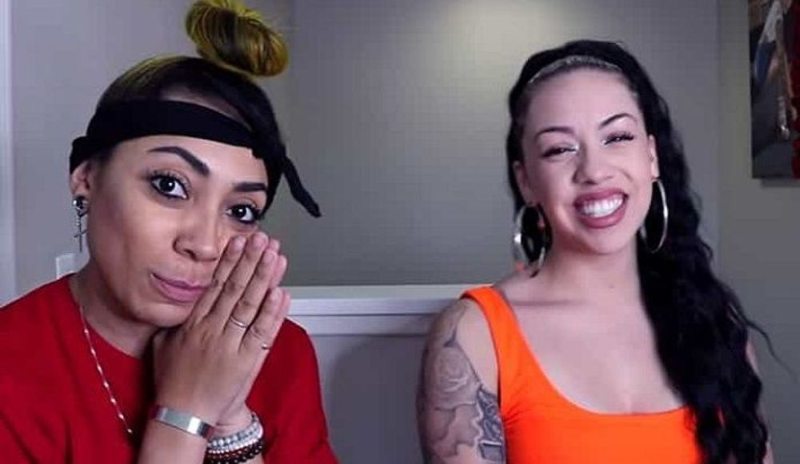 Salice Rose is smiling with her girlfriend, Brilynn.

Salice eventually moved to San Diego and dated a few girls. However, she entered an abusive relationship. Salice stayed in this relationship for five years and was constantly abused mentally and physically.

Fortunately for her, she would find love again and is in a relationship after meeting on Twitter. Salice initially found her boring on their first date and gave her a chance at her sister’s request.

Salice Rose has an estimated net worth of $5 million as of 2022, generating income from YouTube, brand deals, and merchandise. She doesn’t talk about her net worth but generates $234 to $3,700 of monthly revenue or $2,800 to $44,900 annually—merchandise consisting of apparel on her site range from $3 to $80.

Salice Rose is a devout Christian, and her tattoos are religious in nature. Her devotion to Christ is great, and she had them tattooed on both her arms, ears and back.

She got her first-ever tattoo on her back, a cross, after she turned 18. 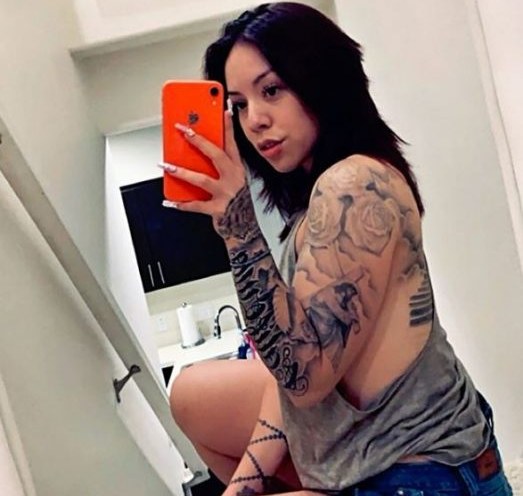 The backside also features the gates of heaven, extending to her bottom, featuring doves and God’s hands. Salice reveals her plans to have more work done and professes her undying faith. She refused to explain the meaning of some of her tattoos but proceeded to show the religious imagery and quotes tattooed on her hands.