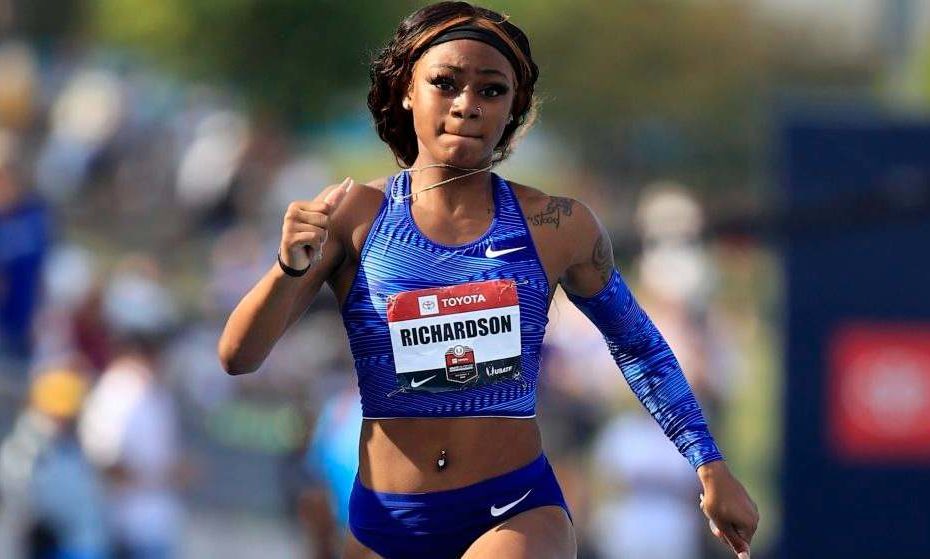 Sha’Carri Richardson’s arena is the 100m and 200m races, and she dominates the competition. At 21 years of age, she is already making waves and carving out a name for herself as the top runners of her generation. Still young, many look up to her as the next greatest sprinter for America. And she has a whole career ahead of her.

Are you interested to know how much Sha’carri is worth? A brief description of her girlfriend and dating life is explored in this Wikipedia-type bio here.

The Dallas runner began her career in track and field at an early age. One of her first significant accomplishments was at the AAU Junior Olympics, where she won the 100m race.

Later she would also secure a win at the USATF Junior Olympics in 2017. Moreover, her first time competing in the international scene was at the Pan American U20 Athletics Championships in the same year.

However, it wasn’t until she was at Louisiana State University that she made the news. Sha’Carri broke the 100m record at the National Collegiate Athletic Association, or the NCAA when she was a freshman at only 19 years old. She ran a hundred meters in 10.75 seconds which landed her a spot as one of the fastest women in history— later improving that time to 10.72.

The field sprinter competed in the Olympic trials for the 2020 Summer Olympics and won. However, she tested positive for cannabis use which disqualified her from participating in the competition. Indeed, it wasn’t until after the trials that she revealed that her biological mother had passed away a week prior.

Additionally, she said she used the drug to cope with the loss and to relax her nerves for the competition. Consequently, she missed out on the Olympics.

Sha’Carri was not brought up by her biological mother. In fact, she says that their family is very complicated but instead, her grandmother and aunt brought her up.

Nevertheless, she mourned the loss of her mother greatly and attributed her win at the trials to her family’s support.

Sha’Carri is still very early on in her career but shows excellent potential. In fact, Nike has confidence in her that they signed a deal which contributed to her net worth significantly.

Furthermore, she has an estimated net worth of $100 thousand, but if she continues to grow at the pace now, she will quickly attract many endorsements and deals from companies and sponsors.

Indeed, her net worth is expected to grow significantly in the coming years. 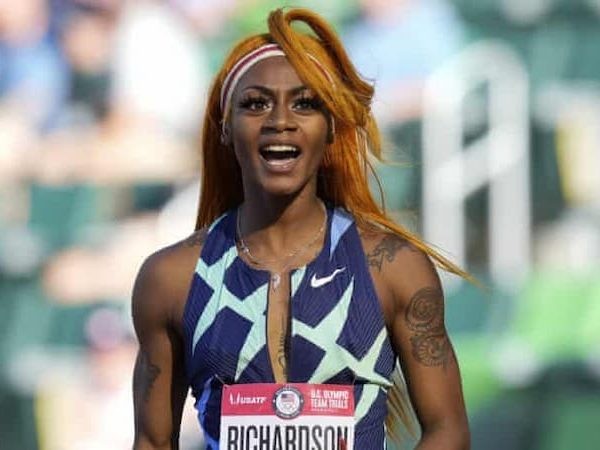 The track and field star first revealed that she had a girlfriend when she tweeted the backstory of her hair color at the Olympic trials. She said,

“My girlfriend actually picked my colors. I let her do her thing. The fact that it was just so loud and vibrant and that’s who I am. She just wanted me to be able to make a statement.”

However, some internet users say “girlfriend” may represent a female friend instead of a romantic partner, which is how its referred to in the South. Additionally, Twitter users were quick to pull up Sha’Carri’s Instagram posts and Tiktok videos that imply she is gay. 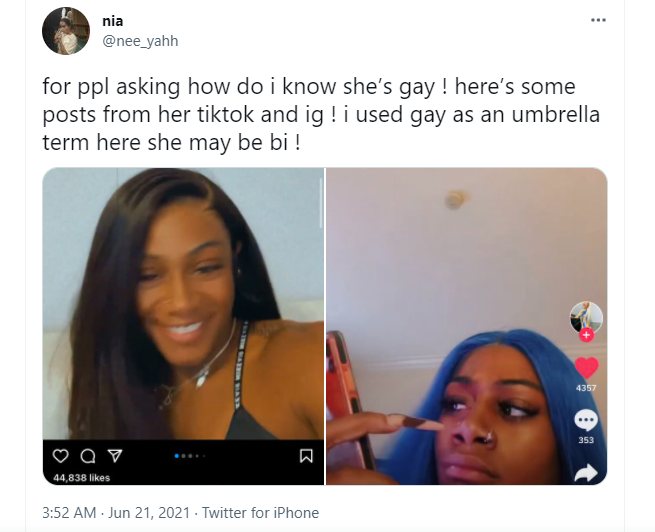 In fact, she tweeted a rainbow, which is a symbol that represents the LGBTQ community. Furthermore, she has not explicitly said what her sexuality is and has not revealed the identity of her girlfriend.