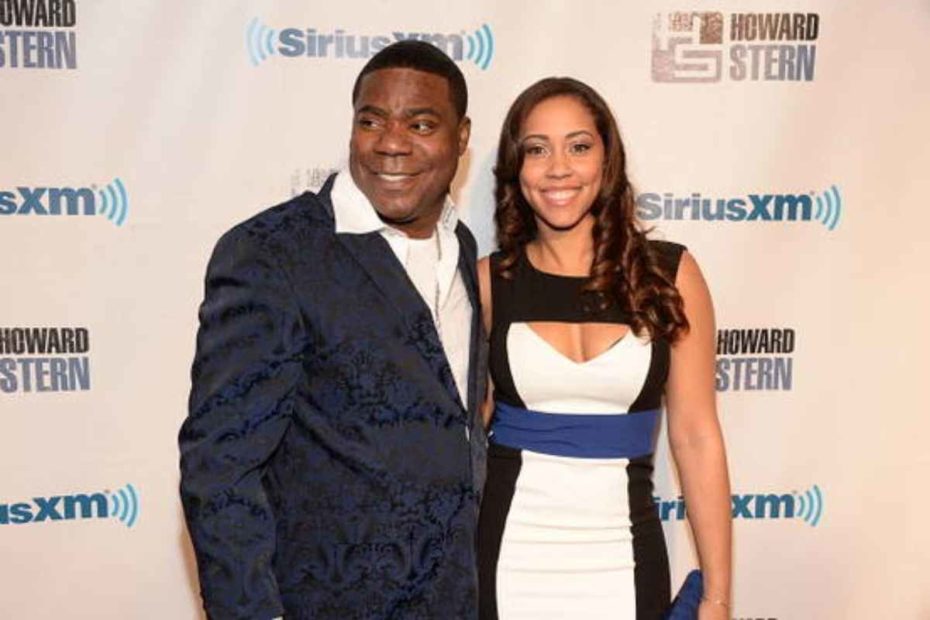 Did you know that the 30 Rock star Tracy Morgan was married twice and has kids? The 30 Rock actor Tracy Morgan’s latest wife is Megan Wollover, a producer and actress. However, the two filed a divorce in 2020. Thus, as of the present, their marriage is devoid. Meanwhile, let’s take a look back on their relationship from 2015 to 2020.

Scroll through this article to learn about the comedian’s relationships with his wife and kids.

Tracy Morgan is now married to his wife Megan Wollover.

Morgan and Wollover’s relationship started as most famous couples do. A mutual friend introduced them to each other. During those times, the two were going through their respective recent breakups. After meeting up, they became close. Thus, the two dated and eventually got engaged two years later.

Their marriage was supposed to be in 2014, but tragedy struck. On the way home from Delaware, Tracy Morgan got into a car accident and almost lost his life.

Luckily, the injuries he attained were given abrupt medical attention. During such a difficult time, Wollover remained by his side and cheered him on through his therapy.

At last, after five long months of waiting, the comedian was finally on his feet again. In August 2015, the two were finally married at Ashford Estate in Allentown.

Unfortunately, as mentioned, their marriage was short, and they talked about separating in July 2020. Morgan and Wollover never revealed the reason for their split up. But according to one source, Megan Wollover stated their differences as the cause of the break. 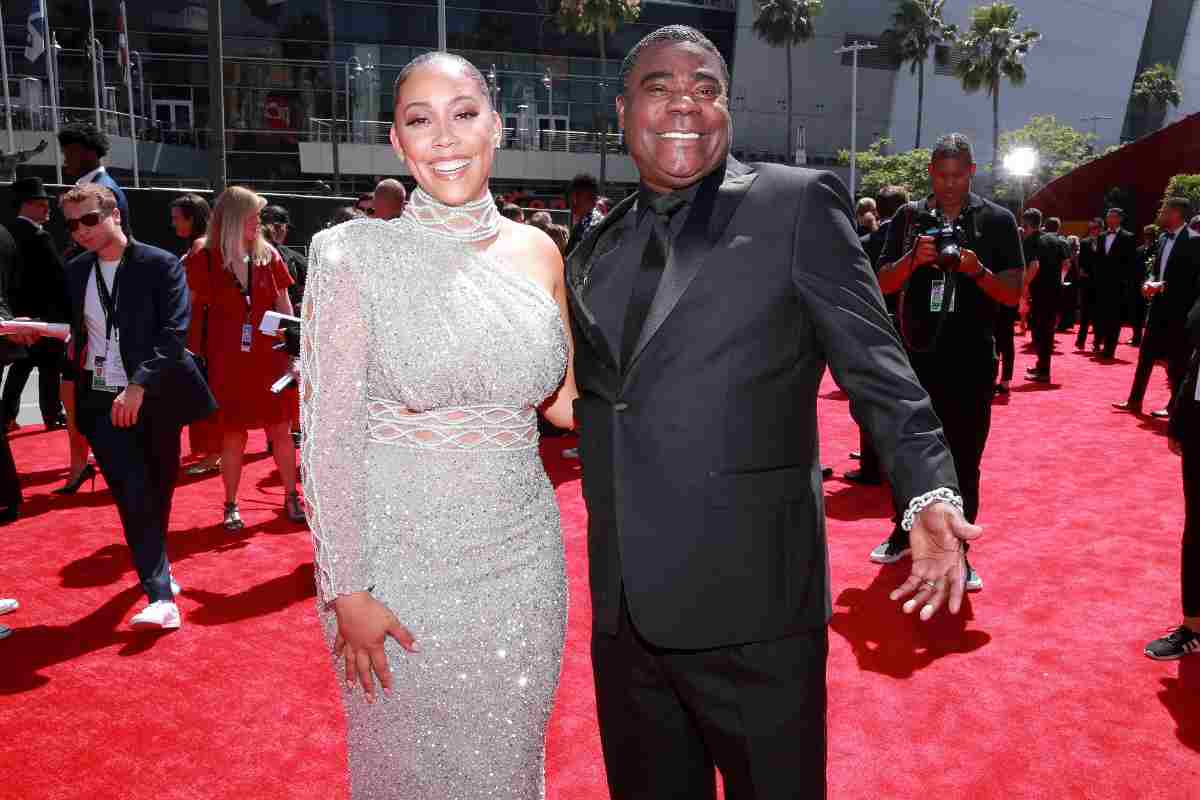 Megan Wollover is a well-established woman. She is an actress, as well as a model and producer. The 38-year-old Megan Wollover was born on the 7th of November in the year 1986. Furthermore, she was born and raised in Hamilton, New Jersey, to Christine Wollover.

Other than her name, there are no further details about her mother. In addition, there is no public data about her father.

Furthermore, Wollover took her primary and high school education in Nottingham High School. Afterward, she attended a private university in Philadelphia and graduated with a business degree. She then proceeds to enter the entertainment industry and build a career.

Moreover, the model has worked with Ludacris and Lil Wayne in a few music videos. In addition, she has also acted in a few movies. Her most notable one is her cameo on Unholy Roller.

Aside from small acting gigs, she has also produced a few shows. She even created an episode for ‘The Last O.G.,’ a show that her husband starred in.

Before Megan Wollover, the comedian was first married to the late Sabina Morgan. Sabina has a pleasing personality and enjoys spending time with her family.

Moreover, her then-husband Tracy Morgan and their children love her. However, there wasn’t much-known information about Sabina, except that she was Morgan’s wife.

Sabina Morgan was born in the United States in 1965 and is a Christian. Aside from that, Sabina was a producer.

Morgan first met Sabina after seeing her near the Yankee Stadium. It was love at first sight for Tracy, seeing the young Sabina. Moreover, Tracy and Sabina both attended DeWitt Clinton High School in Bronx, New Jersey.

Hence, they started as good friends and eventually started dating. A few years later, in 1987, the high school sweethearts tied the knot. 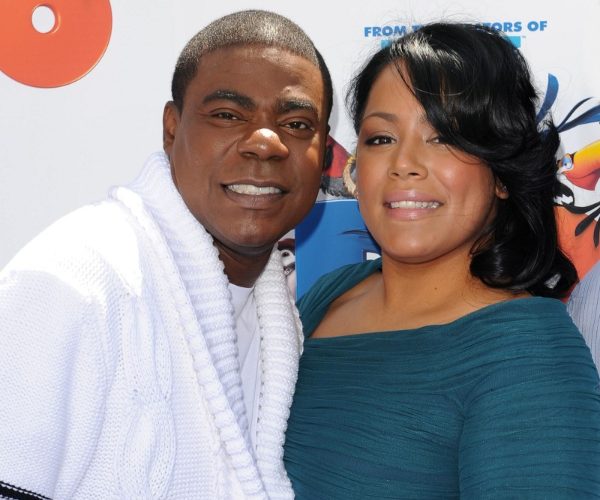 Tracy Mogan with his ex-wife, Sabina

They had three kids together and spent 23 years happily married. Unfortunately, their happiness didn’t last long since the couple ended up divorcing.

According to a few sources, the reason for their divorce was Morgan’s drinking habits. Sabina couldn’t handle it, and the two split by 2009 but remained friends.

By 2016, Sabina had died of cancer, although she showed no signs or symptoms. Moreover, Tracy Morgan did dedicate a message to her when he hosted the Annual ESPY Awards in 2019 as Sabina won an ESPY Award. Furthermore, they held the event to raise funds for Cancer Research.

Without a doubt, Tracy Morgan loves his family. From family outings to simple dinners, there is nothing else he loves more than his children themselves and sharing pictures of them. Here’s a quick background check on all of Morgan’s kids.

In 2013, Maven (9) was born. She is the youngest of the bunch and the only daughter of Tracy Morgan and Megan Wollover. 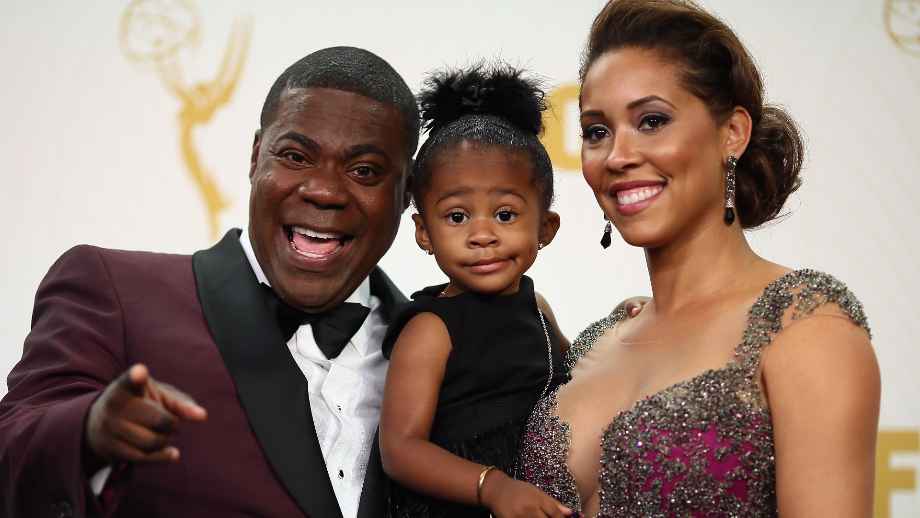 Tracy Morgan with his wife, Megan Wollover, and his daughter, Maven Sonae Morgan

Moreover, she made headlines when she attended the Emmy Awards alongside her father. She was a scene-stealer because of her adorable looks. At present, you can see her on her father’s Instagram @tracymorgan. It seems she might follow in her father’s footsteps and become a star herself in the future.

Gitrid (36) was born in 1986 and is the eldest child of Tracy Morgan and Sabina. Although, sources say that Gitrid and his brother were sons of Sabina from a previous relationship. However, Morgan adopted them and treated him like his own. Although having a famous father brings attention to him, Gitrid remains to keep himself out of the limelight.

Tracy Morgan (30) Jr was born in 1992, a couple of years after his parents’ wedding. He is Tracy’s third child with Sabina and the only one who shares both parents’ genes.

Among all Tracy’s kids, Jr is the only one who has acting credit after appearing in the Tracy Morgan Show. Moreover, he appeared in an episode of Tanked in 2012, along with his dad. In addition, he guest-starred in the said Animal Planet series in 2018. 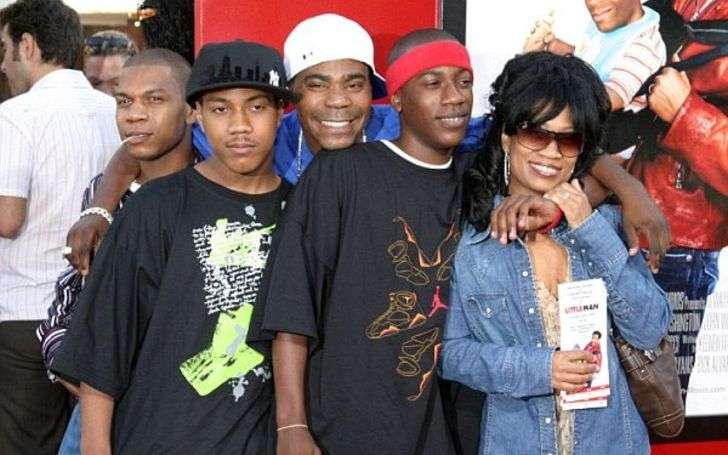 Malcolm (34) is the son of Sabina from a previous relationship as well. Although not related by blood, Tracy adopted him and treated him like his own son.

The young man was born in 1988. Just like his older brother, Malcolm stays away from the spotlight. However, he does have a close relationship with his father.